I was making such a big fuss. I changed about 10 times. I planned out my makeup look, then scratched it and went in another direction, only to wipe it off and do something else entirely. I wanted to look put together, but not too polished. I didn’t want it to look like I spent too much time on my looks/myself rather than my children. Comfortable, but chic, but still laid back.

I could feel my breath shorten and my anxiety rising. I stopped and took a breath. “This isn’t about you” I thought.  But I couldn’t help but blame myself. If I just spent more time with him, reading to him, making him practice with flashcards, instead of giving in and letting him watch Monster’s University for the 30th time….

He loves to touch what mommy says “no” to

Months ago,  Max’s head start teachers told me he was scoring low for speech and some other development milestones. It was something I knew was coming. I noticed he was different than other kids his age when we’d go out to the park, or a birthday party. But there was real, actual, paper evidence that the hunch I felt and tried to hide was a real issue.

It made me nervous to think that maybe my shortcomings as a parent lead to this. Maybe I should just stop being an entrepreneur and teach my children at home. But I knew I’d be unhappy because I love working, and I love my career. I left my old job because I didn’t want my kids to have an unhappy mami, and I could tell our bond was growing during these past several months of me working from home on cool projects I truly enjoy, because I could be there for them if they were to be sick, or needed me and still get things done!

I’d be lying if I told you I was 100% comfortable being at this week’s amazing #GoodPeopleSA mixer. Minutes before I walked out the door, I cleaned an explosive diaper with a towel held under my armpits para no ensuciarme (so I wouldn’t get dirty). Just moment before that I discovered one of my sons was constipated while the other had just peed their pants and I still had to feed them dinner. For a moment, I just wanted to cancel. Too much went wrong, too soon. This is a sign for me to stay home and sit on the couch with my kids, right?

And suddenly I heard them. My parents’ words ringing in my ears: “Echale ganas, m’ija!”

Taking deep breaths, I cleaned up baby girl, washed my hands, and grabbed chicken nuggets and left over mac and cheese, and sat them down in front of the TV. Esposo walked in, and I greeted him with an “I gotta run! But there’ leftovers, and the baby just pooped all over herself, that’s  why she’s in just a diaper. Leftovers in the fridge, love you, bye!” Uh, que QUE, Janeli?

I had to push aside the negative comments in my head, like how I could just leave my husband with all three kids, and with no hot dinner. And with the baby’s stomach obviously being on the fritz. Y con el examen de tu hijo en jueves. (and with your son’s assessment on Thursday). “Echale ganas” I whispered to myself. I had to hustle through this, so I could get back home and echarle ganas for my family. 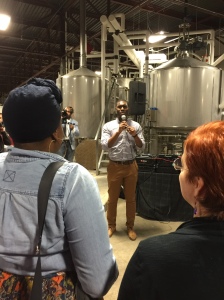 I had a blast at the event. Reconnected with old colleagues, met new ones, and passed out those business card. Career hustle-done (for the day).

I walked up to the front door after Dani dropped me off and saw my boys waving to me from their bedroom window. I wanted to fall onto the couch with my Esposo, but they needed me. I went and tucked them in, read them a book, and smothered them tickles and commanded besitos. I checked on baby girl, placed her back in a comfy position in her crib, and ninja’d the door closed with no sound. Mommy hustle-done (for the night).

I walked over and fell onto the couch  and snuggled with mi amor and gave him the run down on the event, and argued over which episode of the Daily Show we needed to catch up on. Esposa hustle-check!

It wasn’t perfect. It wasn’t pretty. But that’s life. I’m trying to be the best me, AND be the best wife and mom. No lo puedo hacer todo . At least not all at once. One day at a time. One problem at a time. 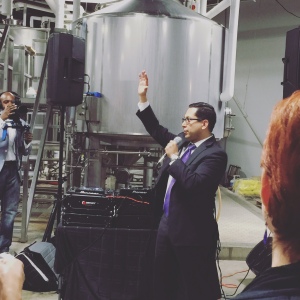 But being among those young and vibrant San Antonians, striving to make themselves and this city greater, I learned that so many mommies there had problems to go home and face, and blamed themselves for being somewhere else other than their home. I saw badass Esposas and Mamis with their children and business cards in hand. Ready to hustle for a better work opportunity, and later hustle for a better home.

The day of his speech and development assessment finally came. And it went well. He will get the help he needs, and as it turns out, the same ladies who were assessing him, had children who went to therapy themselves. Our kids’ obstacles and issues are not always our fault (at least until they’re teens, right?).

We will want more from our careers. Hustle to grow.

More from our relationships. Hustle to come together.

2 thoughts on “Hechale Ganas; The Hustle.”