As crazy as it sounds, Jake and I were not prepared for me contracting HIV. And we did not handle it well. It truly almost broke up our marriage/relationship. We got caught up in the riptide of emotions and thoughts that came from the shock of the diagnosis. 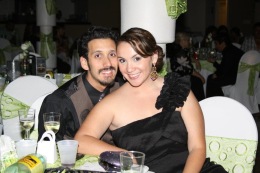 I put a lot of blame on Jake. Blame that was truly unwarranted considering the circumstances. I threw every insult at him at an attempt to make me feel better. And none of it did. In fact, it made everything worse and our road to reconciliation was made bumpy by the boulders of hurtful words and actions I laid down.

So as with all mistakes in life, you learn, you grow and move on.

When Max was born, I felt forever changed. I had just had my first born less than a year before and on that day of becoming a first time mom, I felt as if I was reunited with a long lost friend.This time, as I heard my boy crying and screaming for the first time, I felt in my soul, life was about to be very different. The millisecond they brought him back to me and my chest touched his, he became silent and stared deep into my eyes. 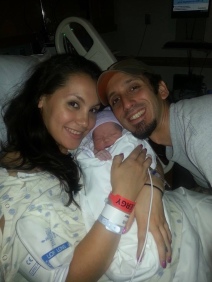 He would continue this deep stare for months, and as strong and intense he appeared to be gazing, it was like he wasn’t even looking at me at all. There was something in the way, and I felt it harder and harder to connect with him.

We eventually got the hang of life with two little ones, but I always had the suspicion that Max had autism. It was the way he would respond to his surroundings, the way he didn’t respond to his name, or make eye contact.

When he was two and half, we took an assessment and our suspicions were confirmed. 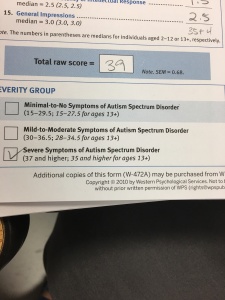 His first test results. After a second opinion he scored “moderate”.

This, time we knew what not to do.

We threw our arms around each other and the situation, grounded ourselves in love and acceptance for whatever waves were about to rash into us, and braced for impact.

We put no plan or expectations on each other, or Max, other than to pour our love into the situation, our family and into each step we took forward together.

At the end of the day, we knew (because we had done it before) that if we put love first, the blows of autism would be get buffered and a little easier to bare. 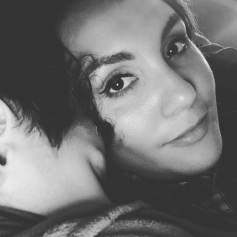 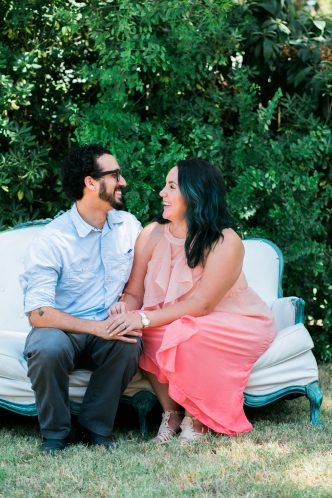 It’s not always easy. We have good and bad days. But we chose not to get angry with what was wrong with the situation, and how it again, did not go “according to plan”  instead to accept things for what they were, not what we wished them to be. and we did not blame anyone or anything. But rather, chose to accept each moment, each obstacle for what it was, is, and will continue to be. Putting love first, and living each moment for what it is, not what weexpect it to be has been the key to our survival on this safari adventure of autism.